Abalone Season Was Finished In Mie (2021) 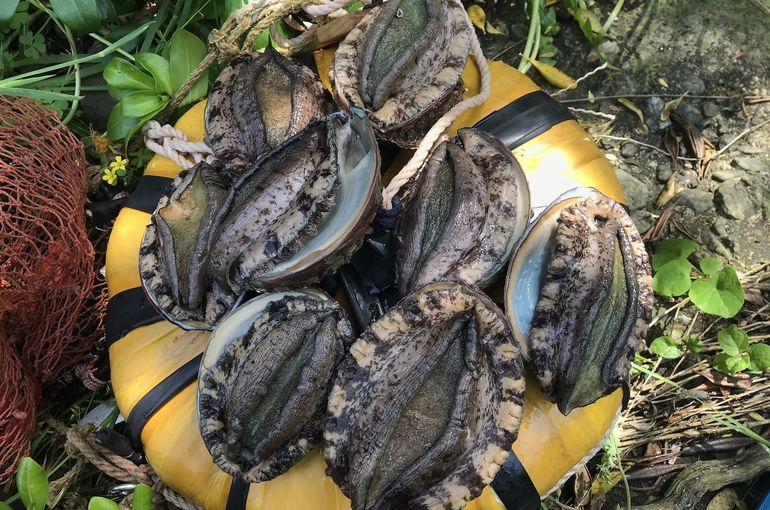 On September 14th 2021, the fishing season of abalone, 'awabi' in Japanese, was finished in Mie prefecture.

Every year, abalone fishing starts from January 1st and lasts until September 14th.

This year, the number of abalones were dramatically decreased in Shima city, Mie prefecture. Many Ama divers in Shima region were so much affected on the situation, and many of them had to find other jobs during this season.

Instead, Toba city in Mie prefecture had a very productive season this summer. Ama divers in Toba region were enjoying the abalone fishing season and many of them broke their own records.

A friend of mine, who is one of the top Ama divers in the town, said she earned enough money for rest of the year, and she don't really have to work this winter anymore!

As for me, I closed the guesthouse this year due to the pandemic and didn't go Ama diving regularly since I had another work to do.

I could only go Ama diving a few times this summer, and couldn't really enjoy that "once in decades productive season" :(

I hope I can go diving more often this winter.

The water temperature drops and it's really cold in the sea.

But hopefully it is going to be a good season.